When I heard about the March 18, 2015, terror attacks on tourists at Tunisia’s National Bardo Museum, I was saddened and horrified that people died while appreciating the history and magnificent art of the ancient world. Then it sank in: I visited that museum on my first-ever trip abroad. 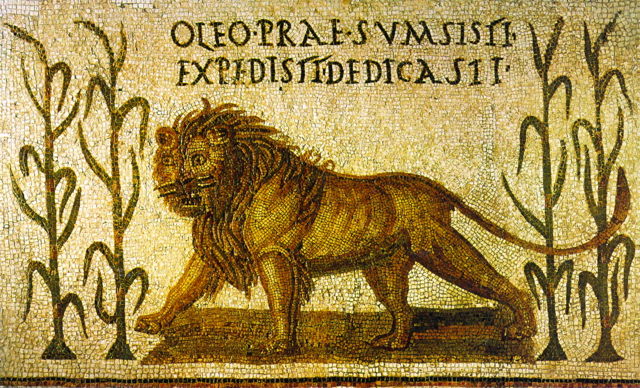 This lion mosaic is one of the treasures at the Bardo Museum in Tunis.    Photo courtesy Bardo Museum

Back in my teens, my high school Spanish club journeyed to Spain and Italy—with a stop in Tunisia to tour the ancient ruins of Carthage and wander through Tunis’ vibrant and colorful Arab souk (market), which made quite an impression. However, the highlight of my first foray into North Africa was a visit to the Bardo Museum where the mosaics and statues from the ancient world were protected and displayed.

At 16, I’d never seen ancient art in anything but a book; in person, it was dazzling. I could hardly believe I was seeing the genius of talented artists thousands of years before. In fact, the Roman-era mosaics and sculptures I gazed at—and that survived the shootings—are among the best-preserved works of their kind in the world.

Thirty years ago, the Bardo Museum was not as sleek and sophisticated as it looked in the post-shooting photos. Indeed, the museum was remodeled and redesigned in 2012 to be the cornerstone of Tunisian heritage that would help attract millions of tourists. Although damage to the artwork was minimal, the loss of human life was tragic. And the aftershocks of the attacks will be felt for years.

Tourism is an important part of Tunisia’s economy; on a recent NPR report I heard that people in the streets begged international journalists to tell people to please come visit their country. Even though the Bardo Museum has reopened—and presumably has heavy security—attendance is sure to suffer for several years. 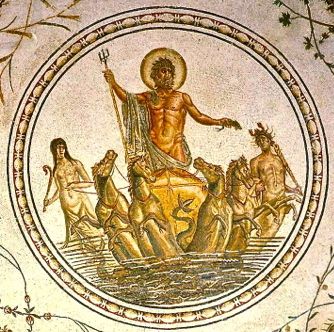 A floor mosaic of Poseidon, Roman god of the sea, on his chariot. It dates to the 2nd century CE. Photo courtesy of the Bardo Museum

In the past 15 years, wars and terrorism have taken an appalling toll on ancient art in the Middle East, including the region often called the “cradle of civilization.” in 2001, the Taliban dynamited the Buddhas of Bamiyan, sixth-century figures carved into the sandstone cliffs in Afghanistan’s Bamiyan Valley. Following the 2003 invasion of Iraq, the National Museum was shelled and plundered, resulting in many antiquities destroyed or stolen. In 2014 and early 2015, Islamic State terrorists have been bulldozing and sledgehammering works of art across Iraq, annihilating the cultural heritage of Iraq and Syria.

The loss of human life in terrorist attacks is horrible. And, for me, a museum lover and Egyptology fanatic, the loss of antiquities is inconsolable. Watching videos of thousands-year-old Assyrian statues being toppled off pedestals and broken is as heart-breaking to me as seeing footage of a person being killed. During WWII, the Monuments Men, a special unit of art experts from the Allied Forces, risked their lives to rescue looted artwork of Europe from the Nazis. I’m hoping UNESCO, which has spoken out against the destruction of antiquities in the Islamic world,  can create some kind of similar unit or special forces to help protect ancient treasures against future attacks. Their decimation is rightfully being called “war crimes” and “cultural cleansing.” 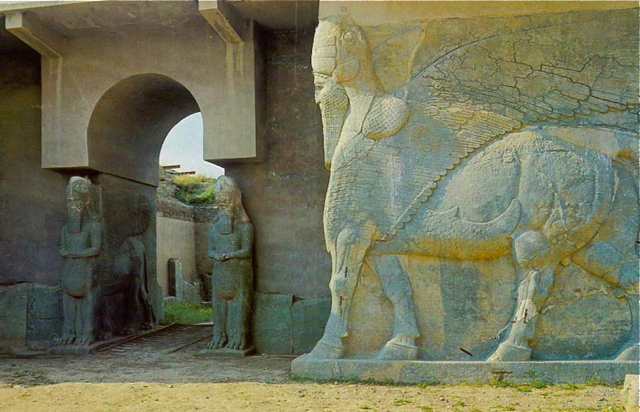 A sculpture of a winged bull with a human head guards the palace gates at the ancient city of Nimrud (in northern Iraq), which was attacked in March of 2015  by Islamic State terrorists. Photo courtesy UNESCO.

What can we do? After the September 11 attacks on New York and the Boston Marathon bombing, these cities asked visitors to return—to show solidarity and support through tourism. New Yorkers and Bostonians exhibited great pride and resilience in the wake of those disasters. I hope, too, that the people of Tunisia, of Iraq, of Syria, and of Afghanistan feel great pride in their cultural heritage.

All my life I’ve dreamed of going to Egypt to see the antiquities I’ve adored since I was a kid—but honestly, concerns about political upheaval in the country have prevented me from going. Yet, I believe that when travel lovers experience the wonders of the world—past and present—they reinforce the pride of the descendants of those cultures.

Yes, travel is an act of bravery; it’s also an act of peace and solidarity with the world. It’s time for me to be brave and start planning a trip to Egypt—and back to Tunis. There are treasures there I want to see and welcoming people I want to meet.

P.S. Would you consider traveling in north Africa or the Middle East? Why or why not?

For information on traveling in Tunis, visit Come to Tunisia. 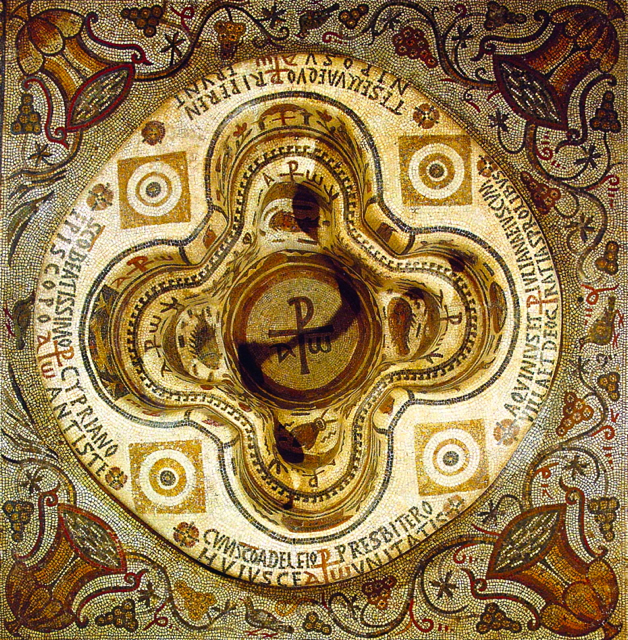 An early Christian baptismal font on display at the Bardo Museum.