On our sailing trip aboard Isaac H. Evans, an 1886 schooner, we had access to the endless outdoors: voluminous sky, sea, and islands—and stars galore. Note: Since I took this trip, the Isaac Evans was renamed the Boyd N. Sheppard, and is under new ownership). 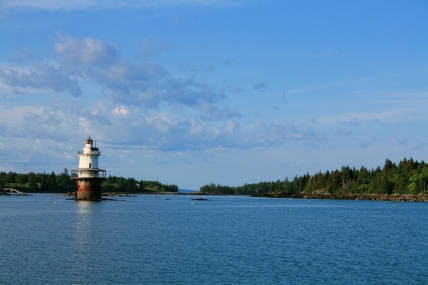 Yet, on a schooner, you’re confined to a small boat except for the times when it’s anchored and you debark. The reality of “tiny” hit me when I first saw our cabin; there was so little space in our bunks that we couldn’t sit up in them. We had to sort of crawl in horizontally. And only one person at a time could stand up to dress or brush their teeth. (There is a tiny sink in the cabin, which was quite convenient.)

However, over time, Ken and I wrapped our brains around the idea of “smallness,” and the bunk became a cozy haven—especially when at night we placed a hot soapstone (heated in the massive galley stove) under the covers. 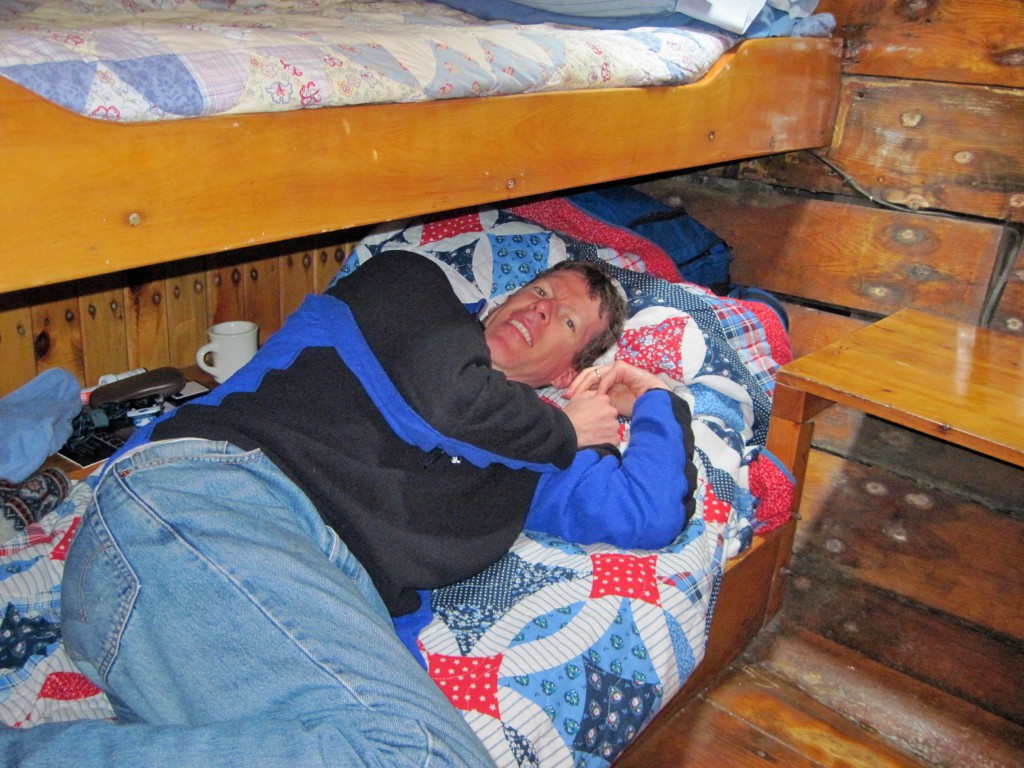 Ken tucked into the lower bunk in our cabin on the Isaac Evans schooner. (Some cabins have double beds; you get a choice.) Photo © Laurel Kallenbach

I’m not saying we didn’t smack our heads a few times on the beams, but I realized how little “stuff”—and space—you need on this type of adventure.

Loo with a Shower

Having a nice hot shower in the teeny-tiny head—basically a Port-o-Potty—was also a funny lesson in “less is more.” Here’s the drill for whenever you decide it’s time to freshen up.

First, you go barefoot and wear as few clothes as possible into the shower/toilet. Then, inside the head, you stand in front of the toilet (the only place you can stand, really), undress, hang your clothes on the wall pegs, and cover them with the tiny plastic shower curtain. The four inches behind the curtain are the only part of the head that don’t get sopping wet.

Next, you grab the handheld showerhead and spray yourself with the hot water. Turn the water off (we’re always conserving water on a boat), lather up with shampoo and soap; then rinse. There’s not much elbow room, but after a couple of days, it feels wonderful to be clean. 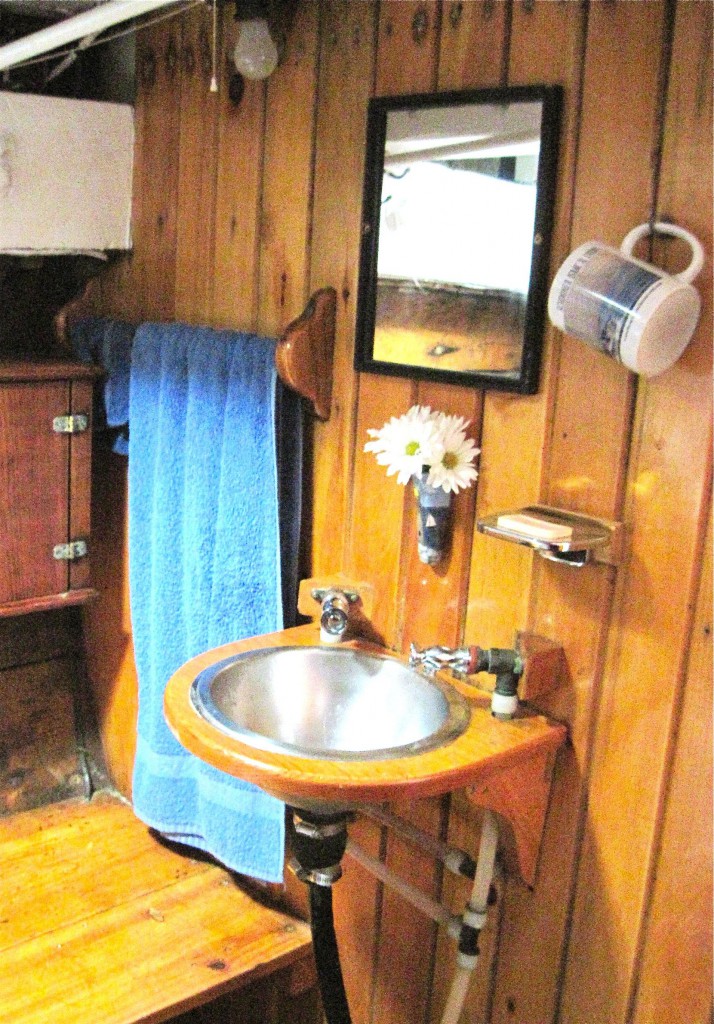 Having a sink in the cabin was handy…but you still have to climb the ladder to get to the loo. Photo © Laurel Kallenbach

Finally, you towel off, pull on your (mostly) dry clothes, and emerge smelling clean, fresh and rather victorious after having succeeded in the tiny-shower quest.

Needless to say, there are no hair-driers—unless you count the breeze.