President Obama visited the University of Colorado campus in Boulder on April 24, 2012, to talk about reducing student loan rates. 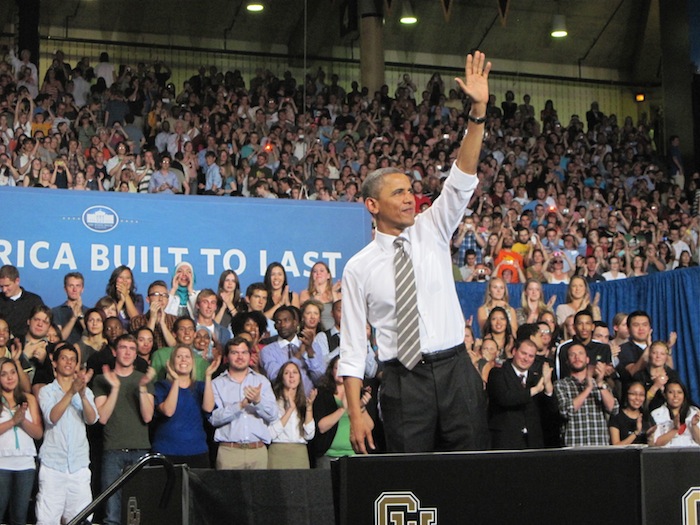 Obama waves to a crowd of 10,000 people at the Coors Event Center on the CU campus. Photo © Ken Aikin

Ken Aikin, my husband, was one of the brass quintet members who performed before the president’s speech—and they got front-row seats during the speech. Afterwards, as the president made the rounds through the crowd, Ken got to shake Obama’s hand! 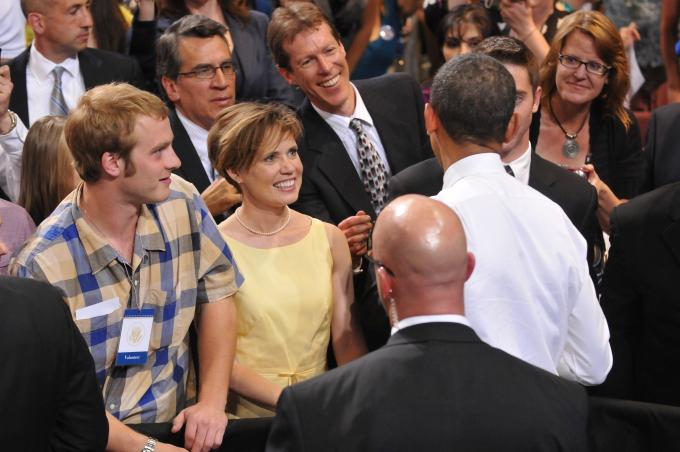 Ken (in the dark suit with the toothy grin) is just reaching his hand around to shake with the president. The woman in the yellow dress sang the national anthem at the beginning. Photo © Glenn Asakawa. You can see this photo and others from the event on the CU website: http://www.colorado.edu/news/multimedia/president-barack-obama-visits-cu-boulder

Here are some other photos that Ken took on this exciting day. 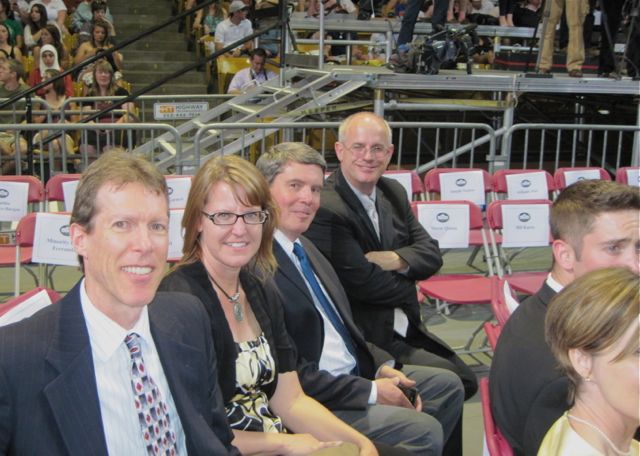 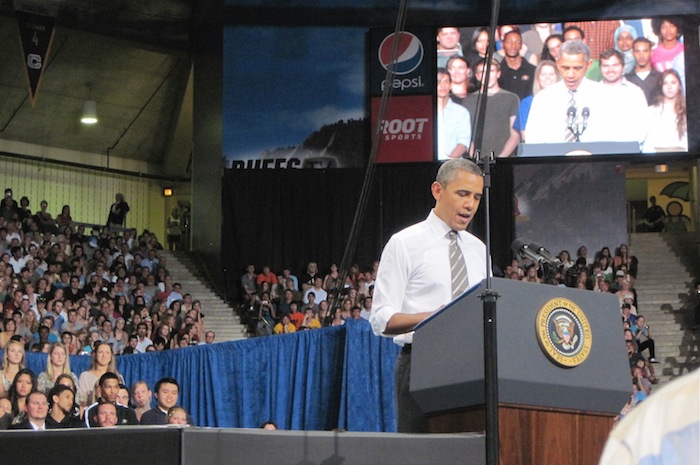 Ken and the quintet were sitting just 20 feet from the podium where Obama spoke. He told the story of ordering pizza at The Sink restaurant on the Hill—and the very excited student who accidentally spilled yogurt on him. Photo © Ken Aikin 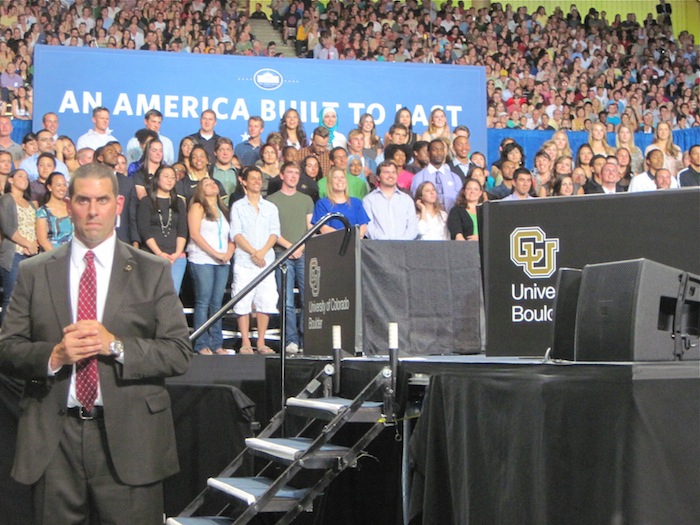 The Secret Service men in attendance were all business. Photo © Ken Aikin 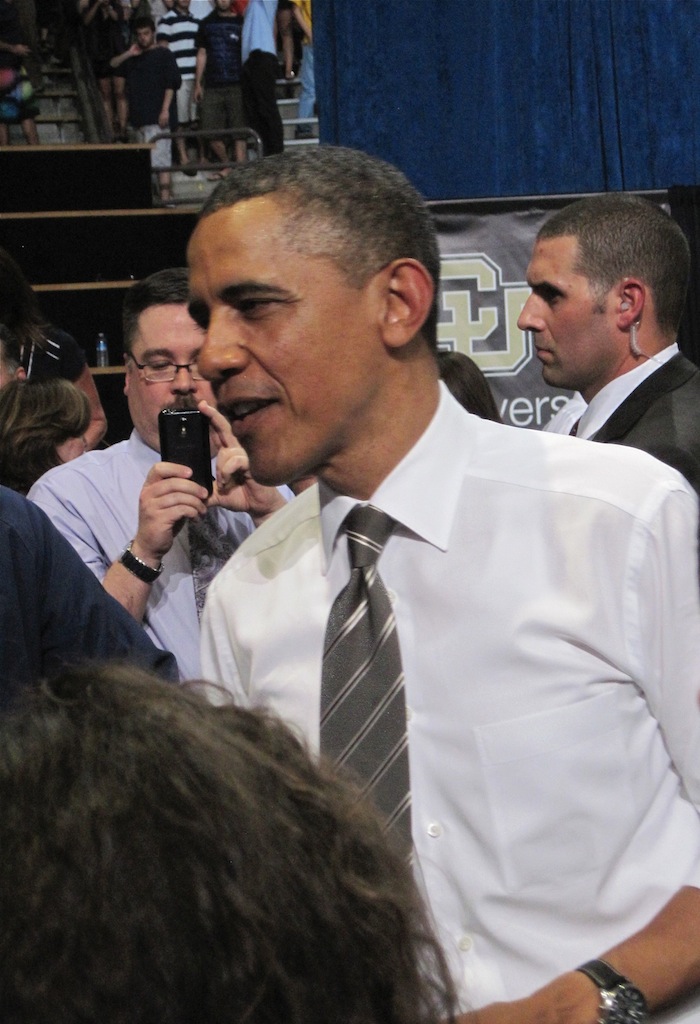 After the speech, Obama shook a lot of hands—including Ken's. Photo © Ken Aikin 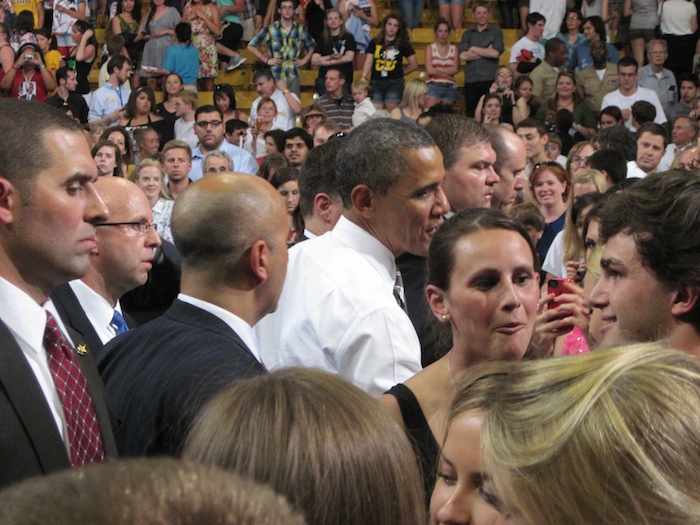 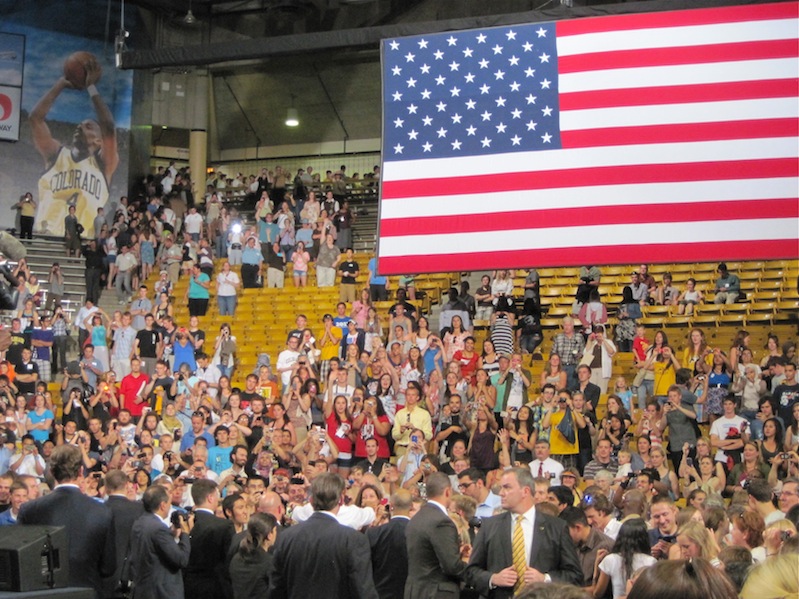