Ringing in the New Year with a Strauss waltz concert has become a beloved tradition that began in Vienna, Austria, in 1939, and has spread around the globe. 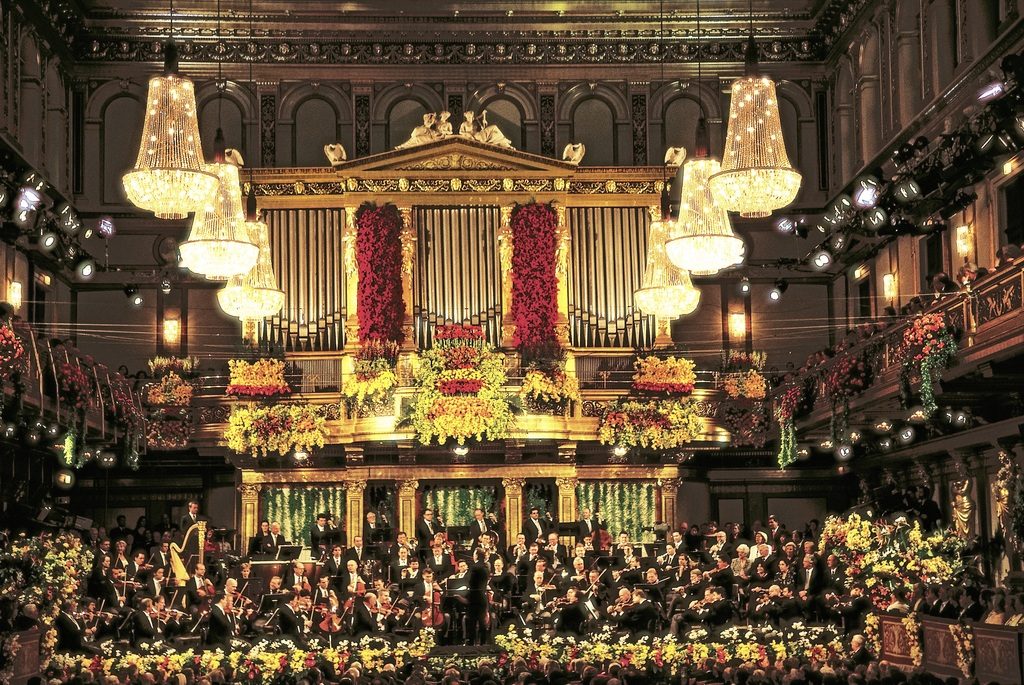 Each year the Vienna Philharmonic performs waltzes and polkas—most of them composed by the Johann Strauss family during the 19th century—at Vienna’s famous Musikverein, an ornate concert hall with a golden interior and frescoed ceilings.

The Viennese concert, filled with lively, nostalgic dance music has become so popular internationally that it’s broadcast worldwide television in more than 90 countries on New Year’s Day. (In the United States you can watch it on PBS. In addition, many orchestras, including the Los Angeles Philharmonic and the Chicago Symphony perform their own Strauss-themed concerts.

On the program are the works of two generations of the Strauss dynasty of composers, which included Johann Strauss and his three sons, Johann Junior, Josef, and Eduard. Between them, they composed more than 1,500 works of  “light” music including dances such as waltzes, polkas, and quadrilles that became very popular among upper-class Viennese.

The Waltz King of Vienna

Probably the world’s most famous Viennese-style waltz is The Blue Danube by Johann Strauss II, also known as The Waltz King because he penned more than 500 original pieces. (You might recognize The Blue Danube from Stanley Kubrick’s 1968 film 2001: A Space Odyssey.) The Blue Danube has become Austria’s unofficial national anthem. 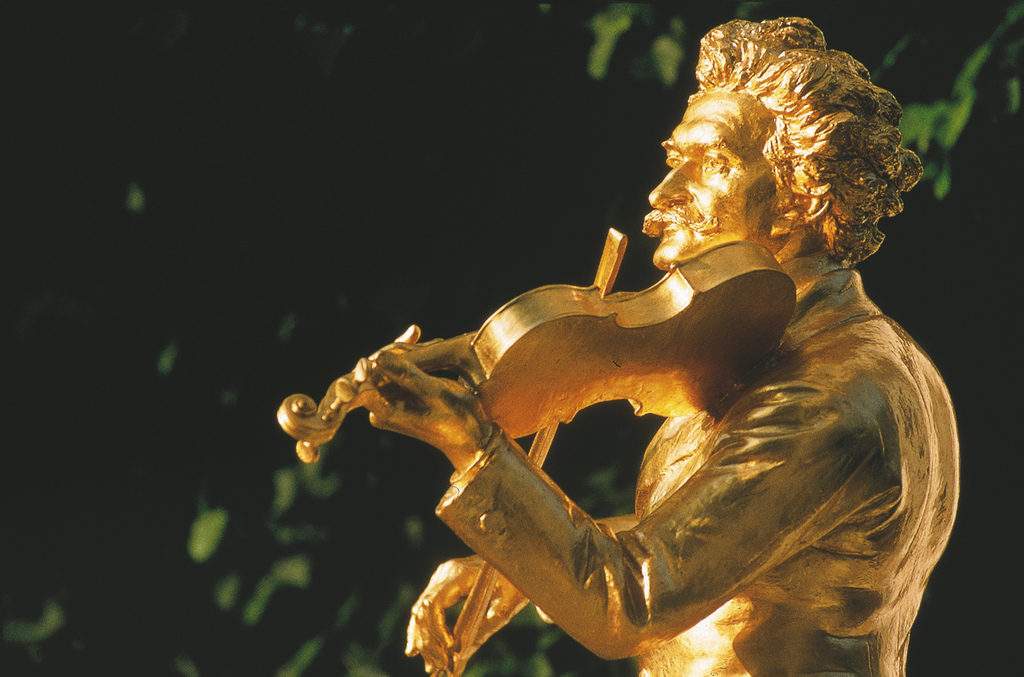 Located on the Danube River, Vienna is renowned for its musical heritage and has attracted composers including Haydn, Mozart, Beethoven, Mahler, and Schoenberg, as well as the famous opera composer Richard Strauss (not related to Johann Strauss).

How the Nazis Established a Musical Tradition

I recently learned that the New Year’s concert was cooked up by the Nazi Party, and supported by propaganda minister Joseph Goebbels. Although Vienna’s Strauss–waltz concerts had been popular for decades, they weren’t associated with New Year’s Day until the year after Austria was annexed by Nazi Germany.

In 1939, Vienna Philharmonic conductor Clemens Krauss and Baldur von Schirach, the Nazi official who governed Vienna, devised a New Year’s concert to improve wartime morale. The concert was broadcast throughout the Third Reich.

“The Johann Strauss Concert was part of the Nazi regime’s propaganda-by-entertainment strategy,” writes historian Oliver Rathkolb, in a study. 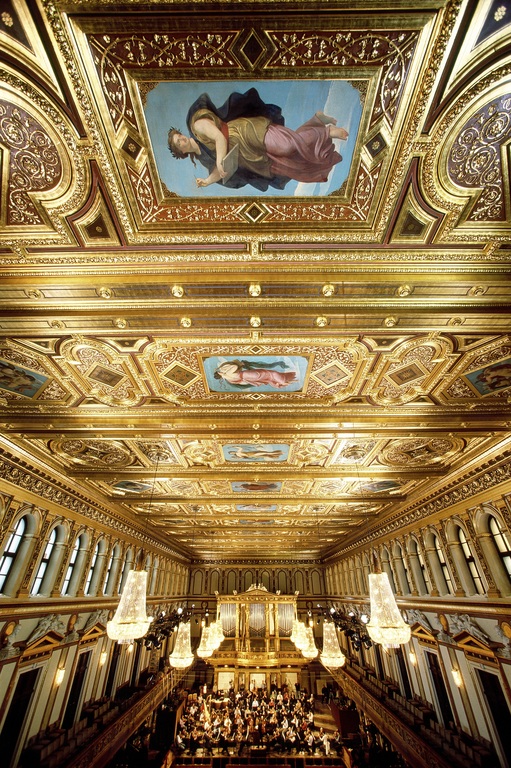 Rathkolb quotes a passage from Goebbels’s diary: “Some smart alec has found out that Johann Strauss is one-eighth Jewish. This must not be made public. First, there is as yet no definitive proof and, second, I do not want to see the German cultural legacy being gradually undermined.”

My novel, The Stolen Muse, is partly set in Nazi Germany and deals with how Hitler’s National Socialist Party manipulated the music of the 20th century by banning works with Jewish, Slavic, and African-American influences or that was composed in Modernist or atonal styles.

In 1938, the Third Reich’s Music Chamber organized an exhibition of “degenerate” music in Düsseldorf, which displayed portraits of banned composers and offered listening booths where visitors could hear degenerate music. (Learn more about this at the Music & the Holocaust website.)

In trying to defend against what they perceived as “anti-German” art, the Nazis actually disrupted centuries of Germany’s rich musical heritage and ruined its future by halting growth/change in an artistic world that was becoming more diverse and less formalistic/idealistic.

In my opinion, knowing the darker side of the Viennese Strauss concert is not a reason to stop loving Strauss waltzes or participating in the New Year concert tradition. But it does remind us how politics, ideology, and the arts are intertwined, and I think hidden histories are best brought into the open. For decades Richard Wagner’s music has been shunned in Israel—completely understandable since the vehemently anti-Semitic composer published tracts denigrating Jewish-composed music and because the Nazis used Wagner’s music in their nationalistic propaganda. Though I love much of Wagner’s music, I try to be aware of anti-Semitic themes and caricatures in his operas.

Like all things, history and art are complex issues, and to understand them and their creators takes a full understanding of cultural history. 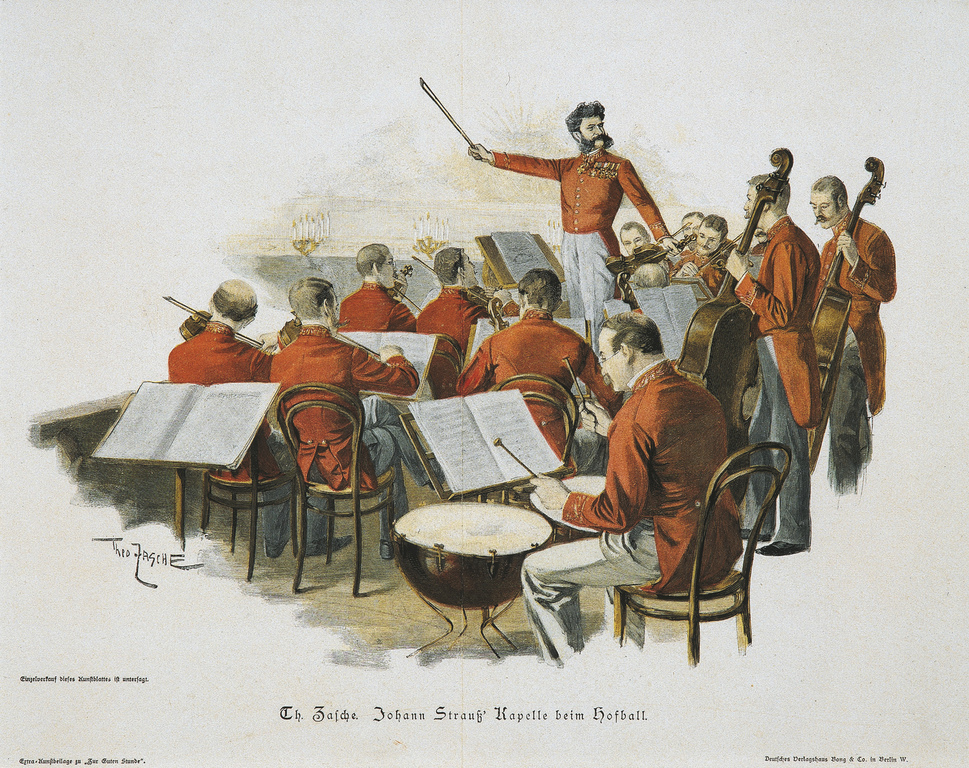