America’s greatest springtime festival is without a doubt the National Cherry Blossom Festival in Washington, D.C. There’s a parade, a kite festival, a humdinger of an opening ceremony (featuring musicians from around the globe), numerous arts performances, special exhibitions at the Smithsonian museums that line the National Mall, and even merchandise like posters, lapel pins, T-shirts, and more. Tourism surges as people visit from all over the world to greet the pink blossoms that herald the arrival of spring.

Behind all the hoopla are the cherry trees themselves, and they represent the enduring friendship between the people of the United States and Japan. Each year, the National Cherry Blossom Festival commemorates the 1912 gift of 3,020 cherry trees from the mayor of Tokyo to the city of Washington D.C. In March of that year, First Lady Helen Taft and the wife of the Japanese ambassador, Viscountess Chinda, together planted the first two trees from Japan on the north bank of the Tidal Basin in West Potomac Park. (Mrs. Taft had lived in Japan and was familiar with the beauty of the flowering cherry trees, so she helped facilitate the gift from Japan.)

The trees were just the first of the many gifts that have been exchanged between the two countries. In 1915, the United States reciprocated by shipping flowering dogwood trees to the people of Japan.

After the Japanese bombing of Pearl Harbor in 1941, the U.S.–Japanese friendship was strained, but after WWII, the nations again reached out in peace. A 17th-century granite pagoda statue arrived from the mayor of Yokohama, Japan, in 1957 to commemorate the original Treaty of Peace and Amity between Japan and America, which was signed in Yokohama in 1854. The Pagoda statue was also erected along the Tidal Basin (near the Franklin Delano Roosevelt Memorial), and it’s appropriately surrounded by the cherry trees.

Say It with Flowers

The Tidal Basin is one of the best places to see the cherry blossoms, especially in the context of patriotic monuments. By strolling along the banks of the Tidal Basin, tens of thousands of people every year are rewarded with gorgeous views of national memorials, including the Jefferson Memorial, the Washington Monument, the FDR Memorial and the Martin Luther King, Jr. Memorial.

My husband and I walked about three-quarters of the entire loop trail to admire the blossoms and to listen to some of the small ensembles from the Boulder Philharmonic who were playing near several of the monuments. (The orchestra, which Ken plays in, was one of four invited to perform at the John F. Kennedy Center for the Performing Arts as part of the SHIFT Festival for American Orchestras.)

There were crowds of people out on sunny, but windy, day, including numerous visitors from Japan. It was delightful seeing people, whose country gave us these trees, snapping selfies in front of the monuments. 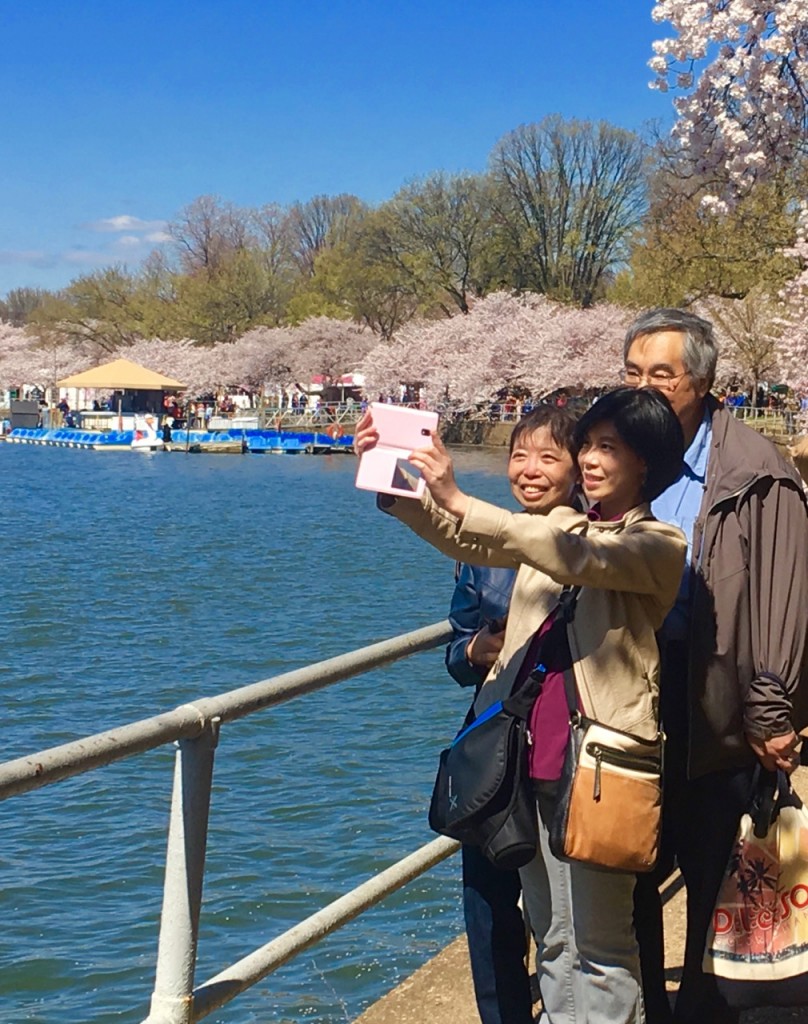 As Ken and I walked, we paused at the monuments to read the inspiring words of the great men of our nation who are commemorated along the Tidal Basin. At the beautiful FDR Memorial, which comprises bronze artwork and waterfalls, two quotes by our 32nd president stood out for me.

The first was “We must scrupulously guard the civil rights and civil liberties of all our citizens, whatever their background. We must remember that any oppression, any injustice, any hatred, is a wedge designed to attack our civilization” (January 9, 1940). The second Roosevelt quote that struck me was, “Men and nature must work hand in hand. The throwing out of balance of the resources of nature throws out of balance also the lives of men” (January 24, 1935).

(You can read some of the immortal words of Martin Luther King, Jr. in my post about that monument). 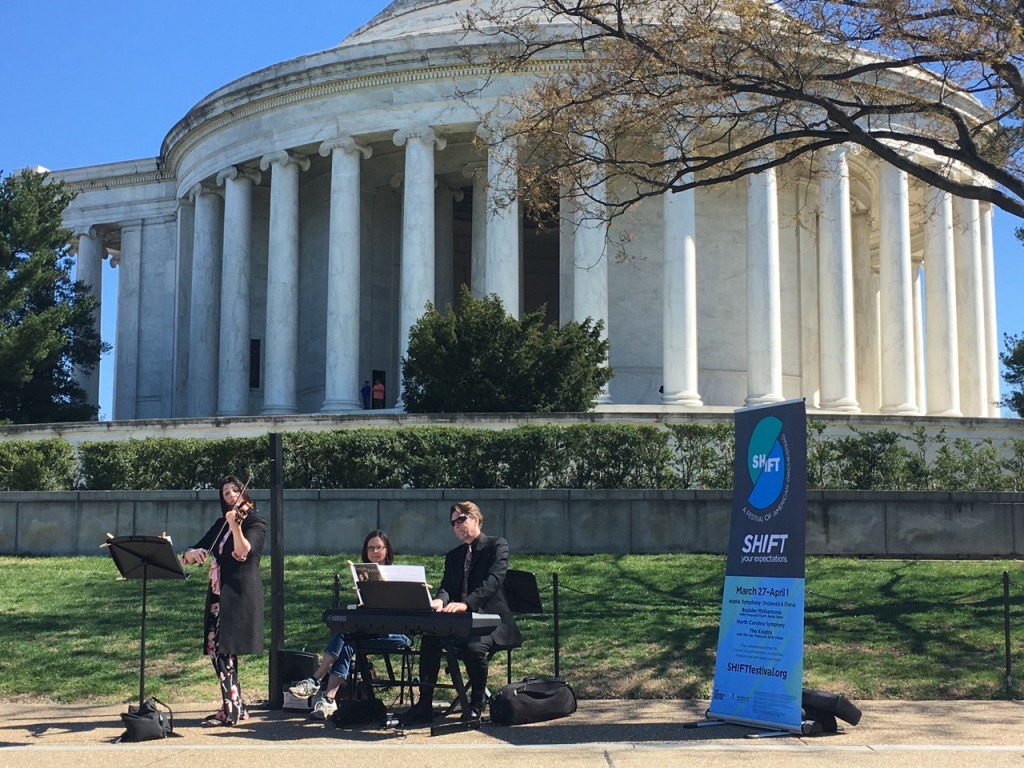 And of course, at the Thomas Jefferson Monument, our third president’s words from the Declaration of Independence rang loud and true, although at the time he wrote them, the “created equal” part applied only to white men: “We hold these truths to be self-evident, that all men are created equal, that they are endowed by their Creator with certain unalienable rights, that among these are life, liberty and the pursuit of happiness.”

All my life I’ve been hearing about the wonders of the Cherry Blossom Festival, but the beauty of the trees, their flowers, the water, the wide sky, and the patriotic monuments really must be seen to be believed. Not only is the festival a tribute to history and nature, it celebrates the very concept of international harmony. What could be more inspiring and uplifting?

Banks of blossoms in front of the Washington Monument ©Laurel Kallenbach