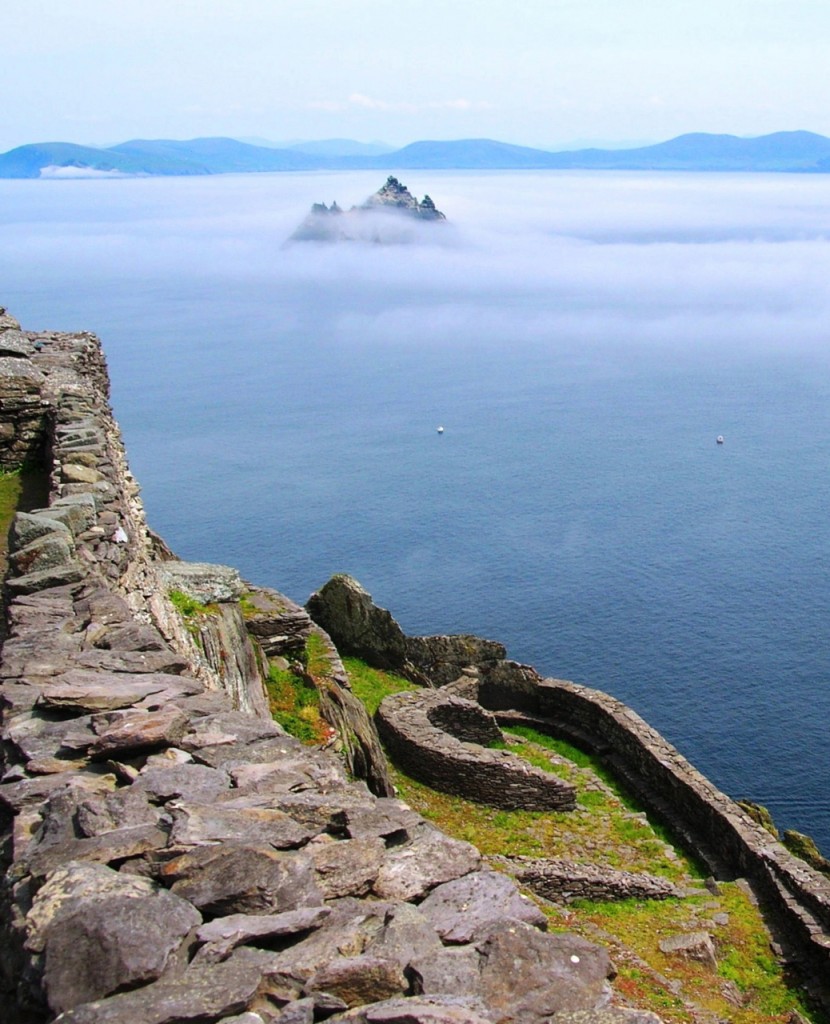 Do you watch the end titles of a movie just to see the locations where it was filmed? If so, there’s a news flash: the final three Star Wars films (The Force Awakens, Return of the Jedi, and The Rise of Skywalker) treat movie-goers to eye-popping views of a remote, uninhabited island off the coast of southwest Ireland.

Director JJ Abrams—along with cast and crew—jetted into a little village called Portmagee, County Kerry, on Ireland’s Wild Atlantic Way. From there, they traveled eight miles by sea to the starkly beautiful Skellig Michael.

To keep the location a secret when The Force Awakens was first shooting in 2014, locals were told a documentary was being filmed in the area, so they were amazed when it was quietly revealed that it was really Star Wars being filmed in their community.

A press release from Tourism Ireland quoted Gerard Kennedy of The Bridge Bar and Moorings Guesthouse in Portmagee, as saying: “It was such a weird and wonderful experience for our small village to be part of the Star Wars story. We enjoyed evenings of music and dance in our bar with the cast and crew. Mark Hamill even learned how to pull a pint with our barman, Ciaran Kelly!” 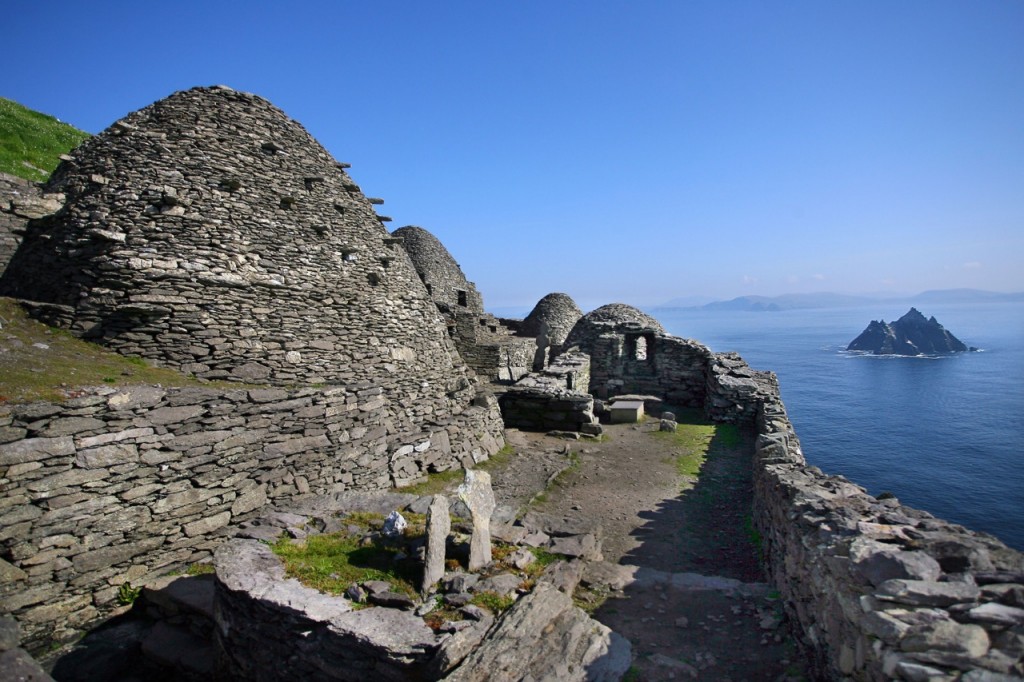 Starting in the 7th century, Skellig Michael was a center of monastic life for Irish Christian monks for 600 years. The Celtic monastery, which is situated almost at the summit of the 230-meter-high rock, became a UNESCO World Heritage Site in 1996. It is one of Europe’s better known, but least accessible, monasteries.    Photo by Valerie O’Sullivan

In the Footsteps of the Jedi Knights

Ireland’s County Kerry is one of the island nation’s best-loved destinations—and the first place I ever visited in Ireland. Thirty years ago I was wowed while driving around the Ring of Kerry, a road along the cliff-lined coast with dramatic views over the Atlantic.

If you’re a fan of Star Wars—or of stargazing—this might be just the destination for you. Kerry is one of only three Gold Tier International Dark Sky reserves in the world. The beautiful band of the Milky Way, the Andromeda Galaxy, star clusters and nebulas are just some of the wonders you can see with the naked eye in the region.

Who knows? Maybe you’ll even spot Han Solo’s Millennium Falcon as it drops out of hyperspace!

The island of Skellig Michael is accessible only by boat. Today it’s inhabited solely by birds, but monks settled there more than a millennium ago. The stacked-stone beehive huts that the monks lived in are restored and can be visited from May to September each year. (Advance booking required.) 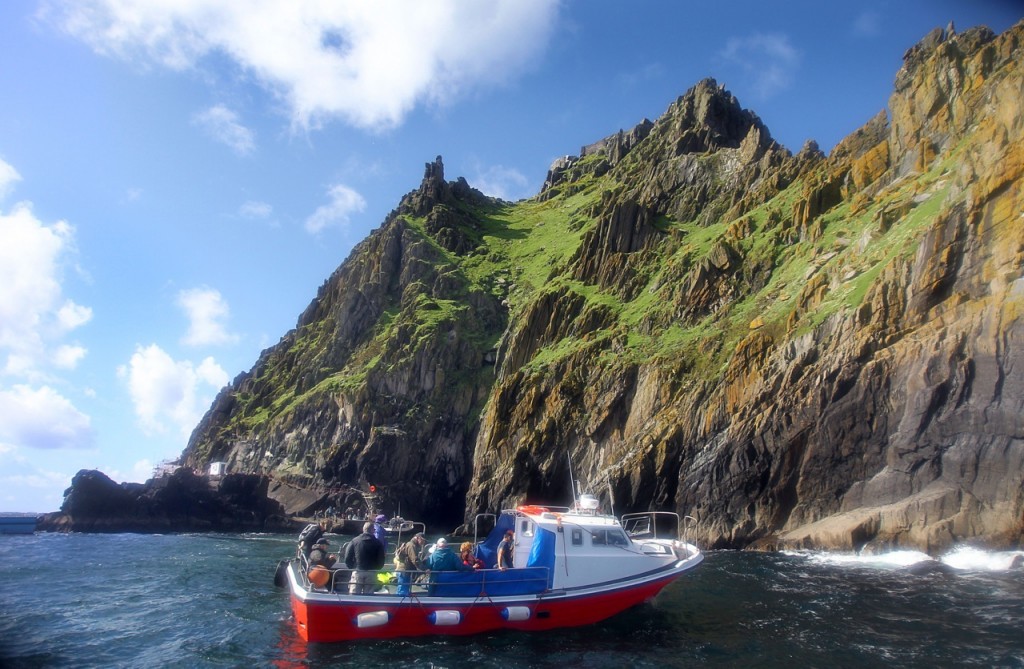 A growing number of travelers choose to visit TV and shooting locations. (See my post about visiting Highclere Castle, where Downton Abbey was filmed. ),

Watch a video of scenery on Skellig Michael are available at Tourism Ireland.

May the traveling force be with you!

Read about my travels in Ireland: