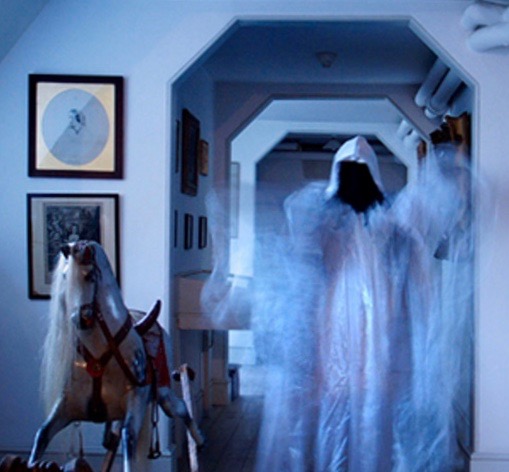 Are you brave enough to seek out some of England’s most haunted locations? There are plenty of places in and around the historic city of Bath that have fascinating ghostly histories and scary stories.

In such a beautiful and ancient town, it’s not surprising that here and there some restless spirits are still walking (or floating through) the beautiful streets of Bath.

It seems that a few of these dearly departed souls simply refuse to leave some of the elegant buildings they once frequented during their mortal lives long ago.

For a truly spine-tingling evening, take a ghost walk of the city with Bath Ghost Tours. A guide will lead you and share many startling stories about Bath’s haunted history (The tours are available from mid-March to late December.) Another option is to explore one or two of the following ghoulish locations on your own … if you dare!

The top, left-hand box facing the stage at the Theatre Royal in Bath is said to be the favorite haunt of the notorious Grey Lady ghost. Legend has it that she fell madly in love with an actor during the 18th century but eventually  hung herself when her love was unrequited.

Built in 1805, the Georgian-era Theatre Royal was beautifully refurbished in 2010. The Main House offers a year-round theatrical program, including many West End (London) productions of plays, operas, comedies, and dance—along with frequent Sunday concerts. 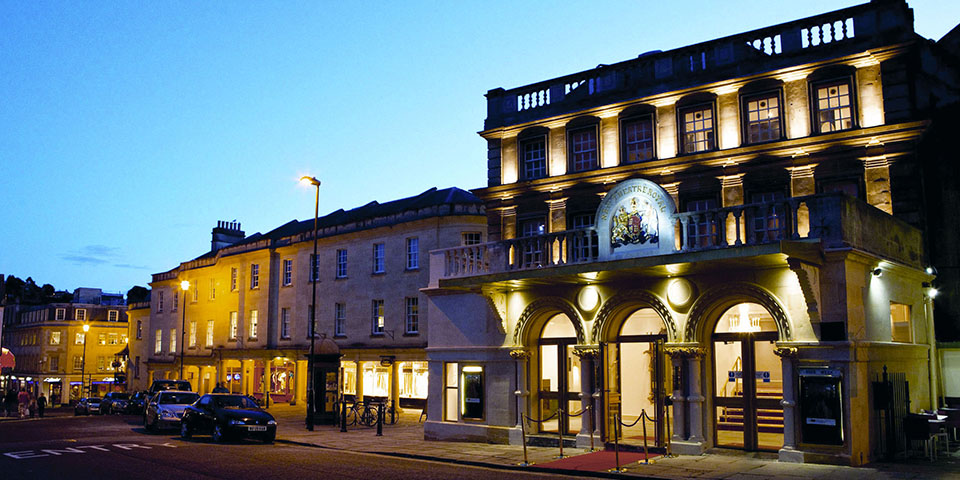 The Theatre Royal’s productions can’t surpass the drama of the legend of the Grey Lady ghost. Photo: Visit Bath

You may make it out of the theatre without encountering any specters, but you aren’t safe from the ghost of the Grey Lady even after you leave! She is also said to haunt the Garrick’s Head Pub just next door. 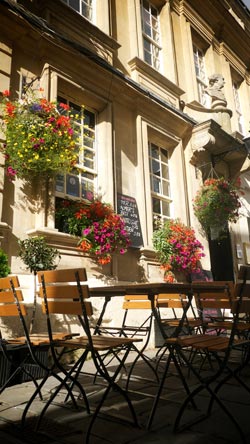 The Grey Lady Has a Pint with a Few Other Ghosts

The Garrick’s Head is renowned as the most haunted pub in Bath, and the ghost of the Grey Lady is only one of the weird encounters you might have. The story they tell at Garrick’s is that the Grey Lady threw herself from an upstairs window following the death of her lover in a dual with her husband. (Slightly different story, but with the same gruesome result!) Her hauntings of the theatre and pub are said to leave behind a lingering scent of jasmine.

More alarmingly, over the years Garrick’s Head landlords and bar staff have reported incidents of a poltergeist throwing candles and cash registers across the bar. In addition, it’s said that a blood stain appears on the pub floor in the same place every year. Gruesome!

Garrick’s Head was once the home of the famous Beau Nash, a celebrated “dandy” and the leader of fashion in 18th-century Britain. Nash was the Master of Ceremonies in Bath, a renowned spa town visited by the rich and royal. Garrick’s was the place to be seen back in the Bridgerton days.

Unsurprisingly, Garrick’s Head is a stately building, and its location next to the Theatre Royal always makes for an interesting and colorful crowd. It is open every day from noon onward; lunch and dinner are served in the bar, on the terrace, or in the dining room.

Though it is best known for its safari park, Longleat Estate also has some dark attractions even more wild than gorillas and hyenas.

Keep a lookout for the ghost of Lady Louisa, who still wanders the ancient halls frantically searching for her long-lost footman lover. The story goes that her jealous husband confronted the footman and pushed him down the stairs before burying him in the cellar, unbeknownst to Lady Louisa.

Nestled in 900 acres of Capability Brown–landscaped grounds, Longleat Manor—20 miles south of Bath—is one of the finest Elizabethan stately homes in the country. There you can step back through over 450 years of history and marvel at the fantastic collection of artworks, paintings, tapestries, and furniture collected over generations. 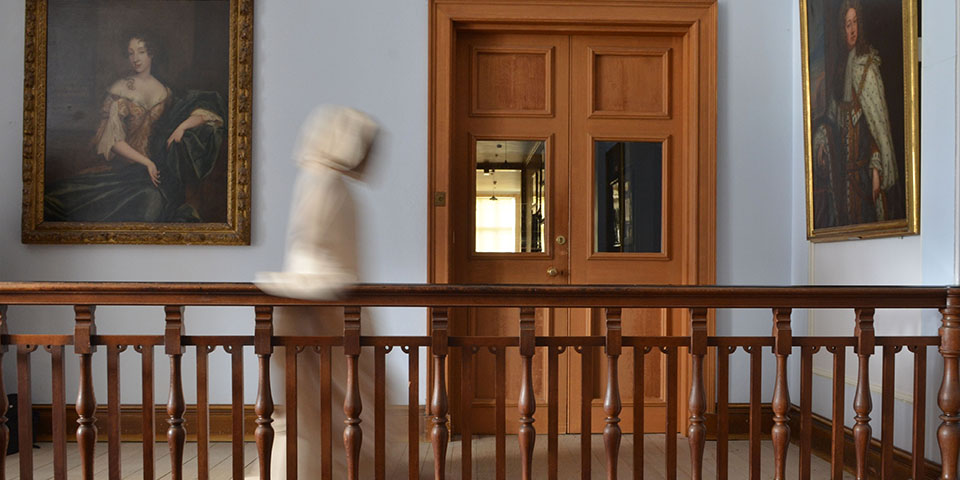 Jungle Kingdom and Animal Adventure let visitors get close to amazing animals. On the six-and-a-half-mile drive-through experience, there’s plenty to look for, from cheeky monkeys to majestic lions.

Make this year’s Halloween one you won’t forget in a hurry with a chilling Longleat Ghost Tour. A guide will take you through the spooky cellars, attics, and corridors as you explore the Wiltshire estate’s chilling past. (October only.) Suitable for children aged nine and over, this tour features live actors, so it’s not for the faint-hearted!

The historic Francis Hotel in Bath is haunted by a former housekeeper who sadly hanged herself after a long period of depression. Guests have reported being kept awake by the sounds of her scratching and tapping from inside their room. One guest reported their hot water bottle fles off the table in their bedroom. 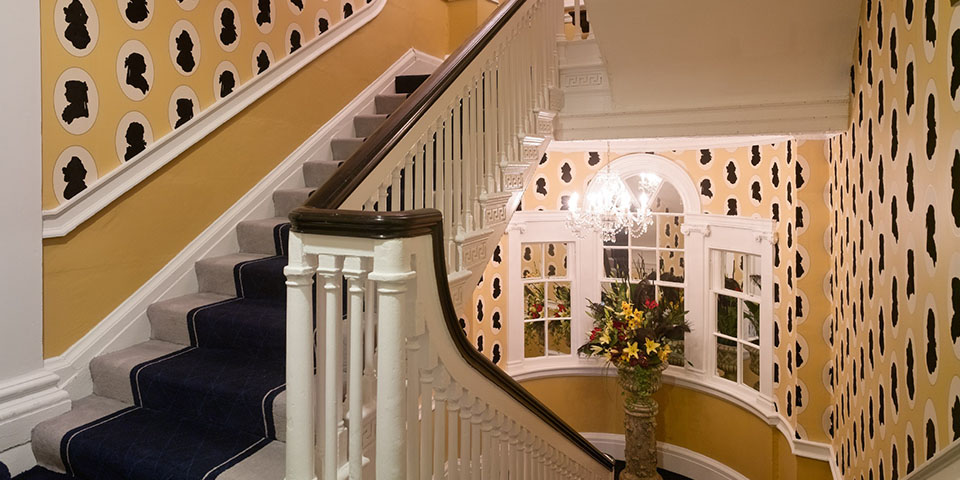 Beau Nash’s lover, Juliana Popjoy, was so distraught when the renowned 17th-century socialite died that she lived the rest of her life in a hollowed-out tree (!!), vowing never to sleep in a bed again. Her ghost now apparently haunts their former home, which is now the chic Italian restaurant, Amarone, located in one of Bath’s elegant Georgian buildings.

As you enjoy your meal at Amarone, you might notice a woman in 1960s-style clothes dining alone. She seems perfectly normal—until she disappears, presumably about the time she receives the bill! 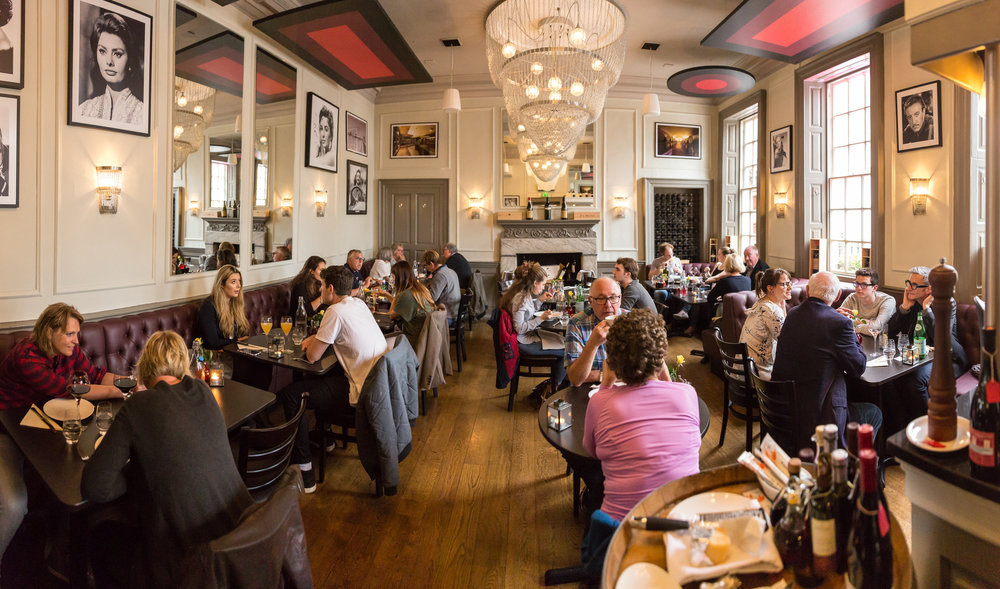 Will you see the phantom horse-drawn carriage outside The Royal Crescent, Bath’s most iconic landmark? The carriage is often spotted and is thought to carry Elizabeth Linley and playwright Richard Brinsley Sheridan as they eloped in 1772. Sheridan won Miss Linley’s hand after he dueled with Captain Thomas Matthews. The marriage started out happy, but later Sheridan was unfaithful. Shortly thereafter, poor Elizabeth contracted tuberculosis and died at age 38.

The 500-foot-long Royal Crescent is arranged around a perfect lawn overlooking Royal Victoria Park and forms a sweeping crescent of terrace houses. It is one of the greatest examples of Georgian architecture anywhere in the United Kingdom. 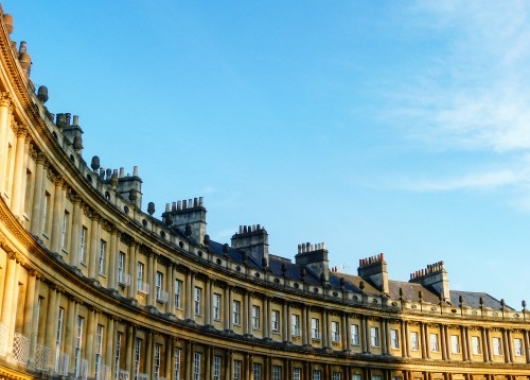 Bath’s Royal Crescent is the scene of a ghostly elopement. Photo courtesy of Visit Bath.

Today, The Royal Crescent is home to a museum of Georgian life at No. 1 Royal Crescent, the five-star Royal Crescent Hotel & Spa, and private housing. You might have seen this popular location in various films and period dramas. Jane Austen’s Persuasion included many scenes shot at the Royal Crescent, and it’s also featured in the 2008 film The Duchess starring Keira Knightley. 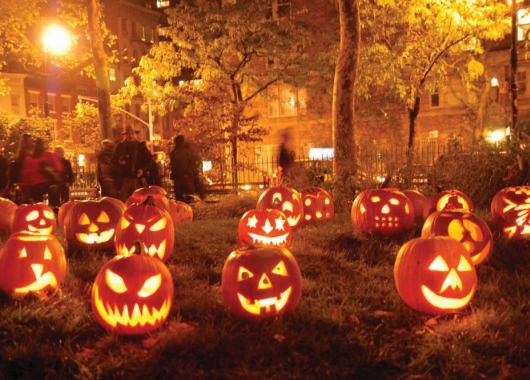 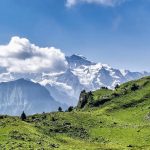 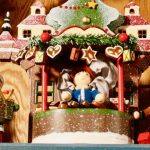